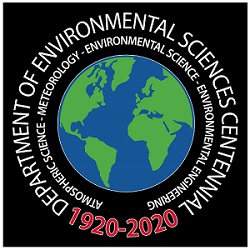 The Organization of Tropical East Pacific Convection (OTREC) process study took place from 5 August to 9 October 2019 and was based primarily in Costa Rica, with additional critical measurement sites in northwest Colombia. One of the objectives of our OTREC project was to observe the interaction of tropical easterly waves with the diurnal cycle over the land regions of Central and northern South America, in order to document local impacts on rainfall in these regions. A second objective of our OTREC study is to assess how any changes to the convection coupled to the waves observed over the land areas impact the wave strength downstream in the East Pacific. To meet these objectives, we installed a network of 16 GPS-Met stations across Costa Rica and three radiosonde sites, one on each side of the country and one in Nuquí, Colombia. Observations of the waves over the Caribbean and East Pacific are provided by 15-min GOES-16 satellite imagery on a 1-km spatial grid and an easterly wave index derived from twice daily outgoing long wave radiation on a 2.5° spatial grid. Our easterly wave index indicates that 10 easterly wave troughs passed over the surface network during OTREC into the East Pacific. Composites of rain events based on this index suggest that easterly waves increase/decrease the frequency of rainfall during the active/suppressed phase relative to neutral conditions. We additionally observe a propagation of rain events from east to west across our network during the active phase of about 4-5°/day, notably slower than the 8°/day phase speeds observed in the OLR wave index over open ocean during the same period. The phasing in the time evolution of total column water vapor with respect to the rain events differs between the coasts and the center of Costa Rica, despite the narrow longitudinal extent of the country, suggesting different types of convection are evolving with the waves across the country. These preliminary results will be used as the basis for examining convective structure associated with easterly waves over Central and northern South America and the role of diurnal convection in wave propagation from the Atlantic into the East Pacific in our ongoing analyses.